Why we started homeschooling back in 1990...

The following is something I wrote some time ago, but it gives you an insight into why we started homeschooling. I am printing it here because I think sometimes people worry about their kids and don't know what to do. In our case, homeschooling ended up being the answer that made such a huge difference in how our older son blossomed physically, emotionally and intellectually.

My son was looking poorly. He had stopped whistling and his shoulders were hunched as I picked him up from school that fall day. It was hot--it was hot most of the time in our Florida community. He looked so small coming out of that big school, so slender and vulnerable. 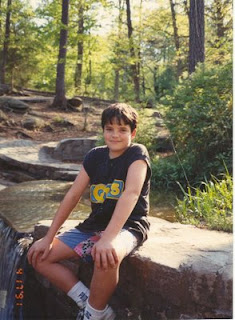 He was trapped. We were all trapped. Since school started a few weeks before, Cris had been sick with asthma one day out of every three. Threatened and pushed around by the bigger boys because he wouldn’t fight back, his health was deteriorating. There were gangs and he was an easy target. Even though he was 12 years old, my husband and I couldn’t let him walk the 1/2 mile to and from school every day. It wasn’t safe. The neighbor boy had been badly beaten doing that very thing only a year or two before. It was one of the hardest times in our lives.

We tried getting him transferred which required a special permit. Dead ends. All dead ends. We had four younger children at home and my husband was the sole bread winner. We couldn’t afford a private school, and we were losing Cris to discouragement. The asthma was draining the very breath out of him.

A friend of mine mentioned homeschooling. This was in 1990 and I had never heard of it before. Was it legal? Would it work? Did I have the time? Were we crazy to even consider it? In no time my friend had put me in touch with a friend of hers, and before I knew it I was sitting in a park with my two preschoolers and several moms, perusing math books and scope and sequence charts. I had graduated from college years earlier with a teaching degree, but to teach all subjects with two little children under foot seemed daunting.

Still, it was worth a try. My husband and I felt God leading us in this direction, and Cris was willing, so I ordered 7th grade text books and waited for the mailman. In no time the books arrived. With warnings from the superintendent that he could probably never go to college or get back into public school again, we withdrew Cris from school, and began homeschooling.

My parents, and especially my dad, were really against the whole thing. A retired public school teacher and college professor with a Ph.D., Dad worried that Cris would never get into a college, and he wouldn’t learn what he needed to know. 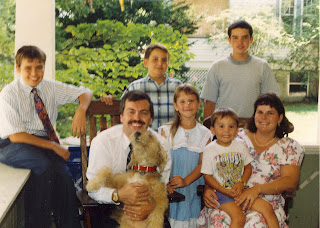 Meanwhile, Cris began to flourish. Within two weeks I heard the sound I had prayed to hear for a long time ... Cris was whistling! He wasn’t so pale, he was standing taller and his asthma was practically non-existent. As we finished that year we looked forward to the next.

Our second son Dusty was supposed to go to the same school the following fall. I knew what we had to do, but I felt unequal to the task. “Lord,” I prayed, "I don’t want to homeschool them all. I am not qualified. How will I find the time?"

But God was faithful and I remembered His promise to be with me always. So the next fall I had an 8th grader, 6th grader, 4th grader, Kindergartner and a two year old in my homeschool. Could I do it? My husband Bob, my biggest cheerleader, was behind me all the way. The curriculum came and school started.

My parents were still against it, but Dad volunteered to teach the boys drafting and woodworking. He was such a good sport, even though he disagreed with us. We never really talked about homeschooling ... it was the elephant in the room. We all knew it was there, but we avoided talking about it. We agreed to disagree. 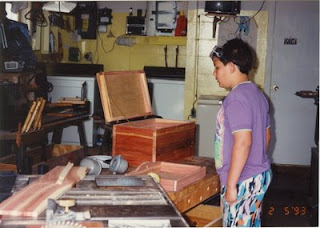 Years passed and after seven years my dad was visiting us (we now lived in Kentucky). I was busy correcting papers when he came in and sat at the table with me. “You know I never approved of your homeschooling.” Then there was a big pause. “You have done a good thing. When I see your kids, their character and what they know, I realize that the sacrifice you made was worth it. You have done a good thing.”

My dad died three years later, but that moment stays with me in my heart and mind. The sacrifice God had called me to WAS worth it. My homeschooled kids have been a joy and a blessing to my husband and I, to each other, and to the community.

Sometimes the hardest times in our lives lead us to the best decisions in our lives. Sometimes it takes years to see our sacrifices pay off. Sometimes we never see them pay off. But always God is with us; leading, guiding, helping us do what He has called us to do. Helping a little boy to whistle again. 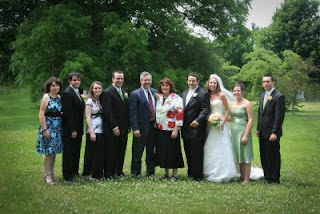 As a note:
Photo: From left to right: Jen and Cris, Sharon and Dusty, Bob and I, Chad and Molly, Kari and Scott.