We have had a LOT of rain lately. Today, when Bob and I were coming back from buying a new sump pump for our basement [yes, it kind of flooded this week and our sump pump decided to retire] I noticed all the underwater fields; some with 4 plank horse fences still totally submerged. The ground is so saturated and  there is just no place for it to go. 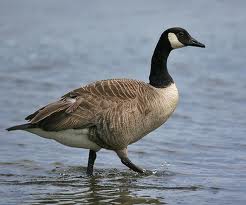 The Canadian geese are happy though. They are swimming through fields, bathing in front yards and generally setting up housekeeping any and everywhere. And, though they look majestic flying in perfect V formation, they are very, very messy. A pair of geese can produce just under a a pound of waste a day, while a pair of adult humans produce only an ounce or two more! You can see why you don't want a dozen geese living in your front yard! UGH! 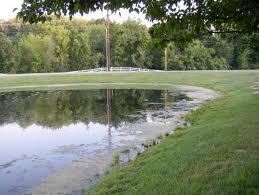 Well, a few years ago, many geese decided that our little town reservoir would be a great place to raise their goosy-kids and they settled down for the year.

The longer they stayed, the nastier our reservoir was getting. The fecal count was getting higher to the point where water treatment was costing more. Something had to be done. 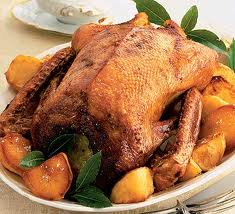 The city held meetings and decided they needed to hire some consultant to figure out a humane way to get rid of the geese. In my opinion a nice town goose-roast would have been ideal, but of course, such a barbaric idea would not do.

And then we  had an anti-goose miracle. It snowed.

Now it doesn't snow much in the Bluegrass, so when it does much of the town digs out sleds, saucers and snow boards and they head over to the best snow-hill in town. It has a great slope, no trees at the bottom and is easy to access. And, you probably guessed--it is right near the reservoir. 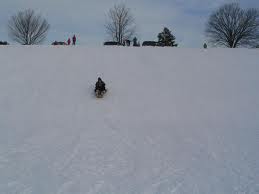 Well, between the hollering kids, the dogs, the adults bundled in fur coats drinking coffee and the college kids sledding well after midnight--the geese left, never to return.

That's right. You heard me.

Without gun or consultant. Without money or any type of in-humane traps, we, the people became Aqua-Heroes! We did it, all by ourselves! It was a great day for community team work, and we did it all without having a clue we were doing it.

I felt like we should be written up in some journal for solving community problems or in some environmental journal for being very politically correct and not using artificial methods to control pesky critters.

But, lacking that, I am publishing it here so you can see that through good old fashioned play, our community won the battle for clean water and we didn't even have to throw a rock or lift a shotgun to do it.

Jill
Posted by Jill in Kentucky at 2:46 PM